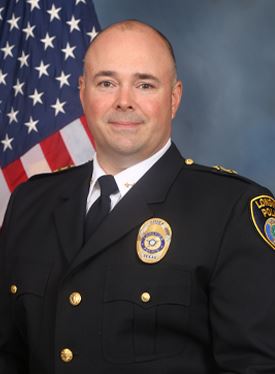 Acting Police Chief Anthony Boone began his career with the Longview Police Department in January, 2001.  As a patrol officer, he worked on all three patrol shifts and served on the tactical and bicycle teams, as well as being a Field Training Officer.

Chief Boone was promoted to the rank of Sergeant in 2005 and to Lieutenant in 2008.  As a Sergeant, he worked with the Field Training Officers as the FTO supervisor on his shift. In the role of Lieutenant he supervised patrol shifts, the Criminal Investigations Unit, and was the Lieutenant over the planning and Research section of the Police Department. He majored in criminal justice and earned a Bachelor’s Degree at the University of Texas at Tyler in 2000 and graduated from both the FBI National Academy and the Law Enforcement Management Institute of Texas in 2011.  He was promoted to the rank of Assistant Chief in November 2015.

Currently Assistant Chief Boone is serving as Acting Police Chief after the retirement of Chief Mike Bishop in January 2022.