In an effort to provide the best policing, the City of Longview has been divided into two districts with six individual beats:
There is a Patrol Lieutenant assigned to each district and a specific Patrol Sergeant responsible for each beat. Patrol Officers are assigned to a beat for one year and they work in 8-hour shifts. In 2018 the department implemented a 4th watch shift which is assigned to work during the busiest portions of the shifts. This allows the Department to work on specialized problems in a specific area at a particular time.   Overlapping shifts are utilized to ensure complete coverage for the City during shift changes. 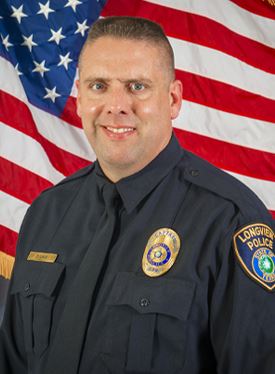 The Operations Bureau is supervised by Captain Darin Lair. Captain Lair came to the Longview Police Department in March of 1991 and was promoted to Sergeant in March 1998. During his tenure at the department, he has worked and supervised all three Patrol shift, worked as D.A.R.E. officer and school resource officer the Youth Education Services, in CID Property and Persons section, and in Planning and Research.
Captain Lair has been an instructor for the department on various constitutional law classes, the penal code, investigations, search and seizure, field training officer and basic police officer academy instructor. He has also served as an Intel officer for the SWAT team, a field training coordinator, uniformed crime investigator and was on the Street Crime Apprehension Team. Additionally, he has been appointed and served on various committees and boards.

In February 2019, he was transferred to the Office of Professional Standards where he was appointed as the TPCA Recognition Program Manager for the department.

Captain Lair is a Master peace officer and TCOLE licensed instructor who has completed Internal Affairs certification classes with LEMIT and ILEA, as well as the ILEA Police School of Supervision. He has been trained at the Institute for Law Enforcement Administration School of Police Supervision, National Association of Tactical Officers Command School, and Data Driven Approaches to Crime and Traffic Safety and Ethics with ILEA.

Captain Lair has received numerous personal commendations, was part of a unit commendation, and Supervisor of the Year nominee three times.