The Operations Support Bureau is supervised by Captain Russell Washburn. The bureau is organized into several sections with a common mission, to provide support for each of the individual bureaus and divisions of the department as well as meeting the specific needs of customers outside of the department.
The Operations Support Bureau is comprised of the following sections: 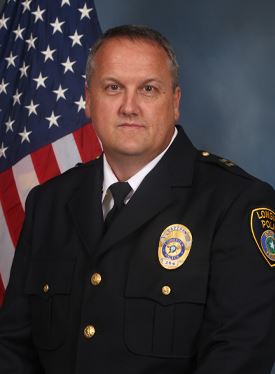 The Operations Support Bureau is supervised by Captain Russell Washburn. Captain Washburn began his career with the Longview Police Department in April of 1993, as a Detention Officer. He worked as an Operations Clerk before being sworn in as a Police Officer in January of 1995. During his career, Captain Washburn served as a Patrol Officer, an Operator on the SWAT Team, a member of the Bicycle Team, Uniformed Crime Investigator, and a School Resource Officer.

Captain Washburn has served on the Meritorious Conduct Board and the Applicant Interview Board. He has been nominated for Rookie of the Year and Supervisor of the Year. Captain Washburn holds a Master Peace Officer Certification, and is a TCOLE Instructor. He received his Bachelor’s Degree from Stephen F Austin State University in 2002 and his Master’s Degree in 2020.