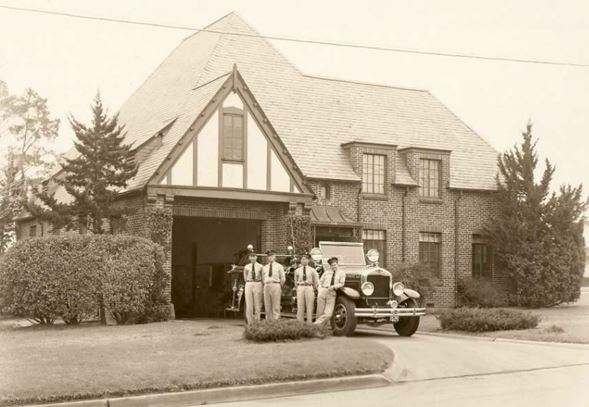 The building was constructed in 1936 and is Tudor style.  The building is pier and beam with the engine bay on a slab.  The exterior walls are brick and stucco with wood trim.  The building has a slate roof with copper sections above the windows.  There is a courtyard off of the kitchen to the south side of the building that is surrounded on three sides by the building and has an approximately four foot brick wall on the one side.